What: Team-based Attack & Defense Capture the Flag organized by Hackerdom

This is a “special edition CTF” with some services from previous competitions that were not exploited. Get ready for that good old “nostalgia feelz” 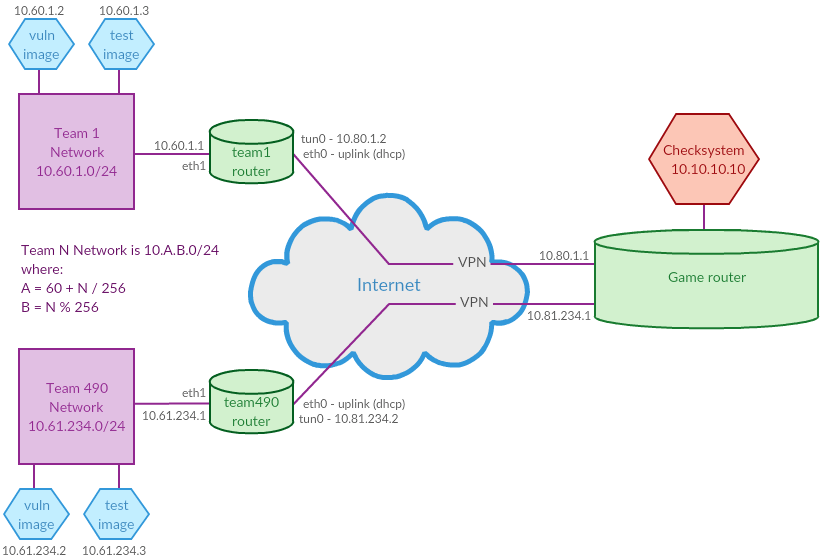 First of all, the aim of this challenge is not to find out who is the best team. We sincerely believe that true professionals are incomparable. The main goal of HITB Lockdown CTF is to share experience and knowledge in the computer security and to have some fun together. Nevertheless, the luckiest team will become a winner. It is difficult to give a complete set of rules for a CTF challenge, so these rules can change at any moment before the challenge starts. That is why we recommend you to check the rules on this site one more time before the competition starts. Just in case 🙂

A group of people with a captain.

A vulnerable application written for the challenge.

A period of time for checksystem to check and score all the teams. It usually takes about 1 minute.

A group of people that run the whole competition. Organizers do their best to provide quality and fun to all participants. Still organizers are to penalize/disqualify teams for rules violation and to solve the critical situations not described in these rules. Teams should be prepared to meet such decisions with understanding. Also organizers do determine the winner. In general, this decision is based on the scoreboard.

TEAMS ARE ALLOWED TO /

TEAMS ARE PROHIBITED FROM /

The competition begins when the organizers announce vulnerable image decryption key. Since then the whole game time is divided into two periods:

Key params in scoring system are SLA and FlagPoints. Their values are individual for each service of each team. Team’s score is calculated as the sum of the products of the corresponding SLA and FlagPoints of all team’s services.

SLA (team, service) is the percentage of the game time, during which that service of that team was in the UP state. E.g. if the service was always UP, SLA would be 1. If 4 hours passed from the game start and the service was up only during the first hour and then was not UP for the rest 3 hours, SLA would be 0.25. At the beginning all teams have SLA equal to 1.

Flag’s price is the number of FlagPoints got by attackers for stealing the flag from the victim.

Flag’s lifetime is the amount of time during which the flag should be available in the service for checksystem. At HITB Lockdown CTF it’s 15 rounds. Teams should steal the flag and post it to checksystem until it is expired.

FlagPoints (team, service) decreases by the maximum value equal to the number of the teams for each stolen flag.

FlagPoints score at the moment of each flag’s expiration.

Luckily all this complex text can be expressed in pseudocode:

Teams are ranked by total score.

Apart from FlagPoints, SLA and total score, scoreboard shows statuses of each service. Statuses are as following: