Containers have risen in popularity and has been widely used because they help package and deploy consistent-state applications across multiple environments, and are also extremely scalable especially when they’re complemented with orchestration technologies.

Serverless on the other hand, seems to be taking over at a rapid rate with increased usage of micro-services and polyglot development of applications and services across organizations. Leading container technologies like Docker have risen in popularity and have been widely used because they have helped package and deploy consistent-state applications across multiple environments. Serverless and container orchestration technologies like Kubernetes help these deployments massively scale which can potentially increase the overall attack-surface to a massive extent, if security is not given the attention required.

Security continues to remain a key challenge that both Organizations and security practitioners face with containerized and serverless deployments.While containers continue to be vulnerable to security threats that plague any typical application deployment, they also face specific security threats related to the containerization daemon, the shared kernel and other shared resources like network, process and the filesystem. Serverless deployments face risks such as insecure deployment configurations, inadequate monitoring and logging of functions, broken authentication, function event data injection, insecure secret storage, and many more. Attacking applications leveraging container and serverless technology requires specific skill set and a deep understanding of their underlying architecture.

This 3-day training is a practical approach with both Offensive and Defensive flavours making it ideal for security engineers, red-teammers, devops engineers and developers with a plethora of hands-on exercises that have been designed from real-world attacks and the security-specific challenges that we faced while implementing these technologies, helping them test and implement security in a scalable manner.

The training consists of, but not limited to the following focus areas in Container Security and Serverless Deployment:

Introduction to Containerized Deployments – Understanding and getting comfortable
using Docker

Threat Landscape- An Introduction to possible threats and attack surface when using Containers for Deployments. 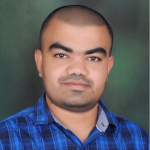