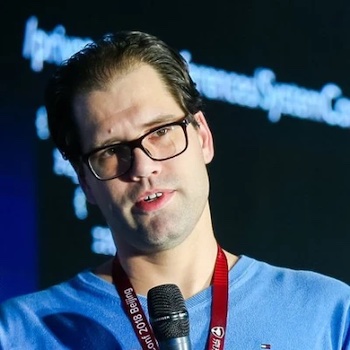 Nikias Bassen has been into reverse engineering for more than a decade. The breakthrough was back in 2011 when he joined the Chronic-Dev team to work on the iOS 5 + 5.1 jailbreaks. Ongoing research was focusing mostly on iOS, and in early 2013 he became part of the famous @evad3rs who released the evasi0n and evasi0n7 jailbreaks for iOS 6 and 7. He joined Zimperium zLabs back in 2015 to continue his efforts in security research and reverse engineering targeting iOS. Back in 2018, he joined the mobile device virtualization company Corellium as VP of Platform & Security to focus on providing the next-generation platform for security research and mobile development. Since 2019, Nikias is back at Zimperium zLabs as VP of Product Security to handle research and implementation of next-generation threat detections on iOS. As part of the checkra1n development team, he found his way back to his roots, working on the greatest jailbreak of the past decade: checkra1n.